The Immigration Act of 1976 and the Immigration and Refugee Protection Act of 2002 are the main laws which govern the immigration to Canada. It is a process by which any family from any country of the world can reside in Canada to make sure that they become the citizens with the passage of time. There are many misconceptions about the Canadian immigration and it is all because of lack of knowledge. Most of the people are of the view that the asylum can be requested and granted without any problem. Actually, this is not the case as each year the number of people getting the Canadian immigration on humanitarian basis is declining. Though the number of immigrants to Canada is increasing with every passing year still the scrutiny processes are very rough and tight.

This was the first ever immigration law which was passed in Canada to safeguard the interests of the immigrants. The safety and security of the immigrants were also made a part of the law. There are many issues which the immigrants were facing in those days. This act ensured that Canada is a safe place to live and therefore the people from all over the world should come here to get the work they need. This act also gave the power to the immigrants not to work on low wages which were a soaring issue at that time. The Canadian Prime Minister John MacDonald was of the view that the act would give confidence to the world to travel to West.

This was imposed to make sure that the number of Chinese immigrants to Canada is reduced to a great extent. All Chinese Immigrants were required to pay $50 before crossing the border. There are segregations made in this regard and not all the immigrants were required to pay the tax. Doctors and teachers were exempted from this and they were allowed free entry into the country. It was highly criticized at the time and therefore it was completely eliminated. 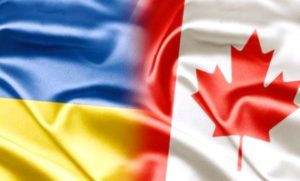